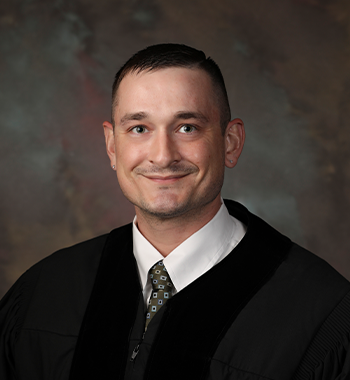 William is a native Kentuckian – hailing from Wax, Kentucky – and started his legal career working as attorney Mike Breen and Judge Kerry Morgan's law clerk at the age of 18.

He later joined the United States Army, serving in the Judge Advocate General's Corps as a non-commissioned officer (Staff Sergeant / E-6) for two enlistments; was a paratrooper in the 82d Airborne Division, Joint Special Operations Command, and 5th Special Forces Group (Airborne); and deployed to Afghanistan in support of Operation Enduring Freedom (OEF) where he was awarded the combat action badge.

Attentive to veteran issues, Will is a Department of Veterans Affairs accredited attorney, a DAV Life member, and a VFW Legacy Life Gold member.

A three-time graduate of Western Kentucky University, Will holds a B.A. in Political Science and a B.A. & M.A. in English; he received his J.D. from Nashville School of Law.

Will was a member and the Vice President of his law school Honor Council, a keynote speaker (Benedictarian) at his law school graduation, and was voted by his English professors to receive The Outstanding Master of Arts Student Award.   He also has a rank II Kentucky teaching license issued by the Kentucky Department of Education (EPSB ID No.: 201237927).