WHAT BLOCKS TEXTING WHILE DRIVING? 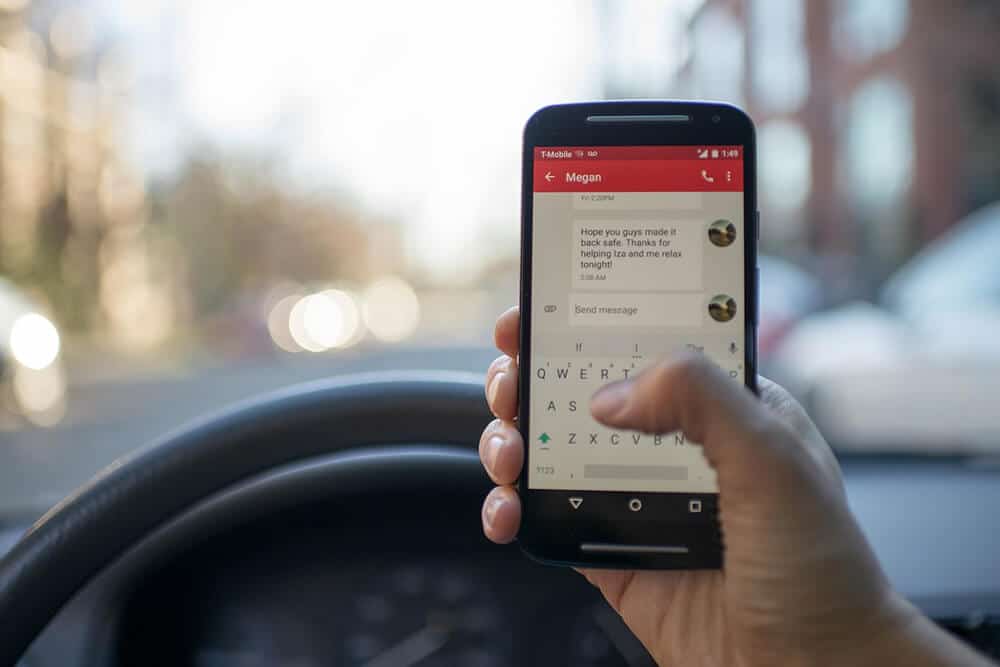 While aggressive driving behaviors like speeding and tailgating are responsible for their fair share of accidents, there is another in particular that causes many wrecks: Distracted driving. Many people drive with cell phones and try to use their device while driving. Accidents occur because people are looking down at their phones and don’t see what’s happening on the road. People may think that they can multitask, but this does not apply to driving. Their phone keeps at least one hand off the wheel and the driver’s eyes down, which makes it easy to cause a crash.

If you’ve been injured in an auto wreck by a distracted driver, you can file a car accident claim to hold them accountable and get the compensation you deserve. An attorney from Mike Breen’s office will help defend your case and make sure your compensation will help cover the cost of your injuries.

WHAT BLOCKS TEXTING WHILE DRIVING?

Even the most careful drivers can sometimes fail to resist the impulse to pick up their phone while they’re on the road. There are a few safety precautions one can take that prevents their phone from becoming a distraction while in the car.

These kinds of apps are also helpful for parents of new teenage drivers. New drivers are usually so excited to have this first sense of freedom, but don’t always recognize the responsibilities of a safe driver. By using these apps, it allows the driver to focus on the task at hand without anything tempting them to do something that could have disastrous and permanent results.

One app one can download is called Drivesafe Mode. While the car is in motion, the app will prevent the phone from being able to text or email. This handles the impulse to respond to messages because the driver cannot do it. This app was designed with parents in mind, as it can send notifications to the parent’s phone if someone tries to disable the app or when the phone is being used. Those with Androids and iPhones can use this app.

Another app is called Live2Text, although it is only available to those with Androids. The app blocks texts and phone calls coming in while they’re driving. It will also stop other notifications as well. The driver turns on the app before they start driving, and they won’t have to worry about getting distracted by the phone’s notifications.

LifeSaver is an interesting preventative distracting driving app because it does three things. First, it blocks the phone from getting notifications when the app detects the vehicle is in motion. It will also alert parents when their child gets to the destination. The app comes with perks. Drivers get iTunes rewards for their safe driving behavior.

Text Ninja is an app that prevents distracted driving and also has incentives that reward those for their safe driving. It will stop notifications from sounding, but it will also reply to your texts for you. You can set up a message that says like “I’m driving at the moment,” and when you get a text while you’re driving, the app can send that message for you. This is a fantastic feature because many people feel the need to respond immediately to texts. Text Ninja also has a leaderboard for those with the highest scores.

While these apps are helpful, sometimes it may be better to get rid of the distraction altogether. When you’re driving, try silencing your phone and putting it out of arm’s reach. This way, you won’t be able to see if you’ve received a notification and you won’t be tempted to reach for it.

If you’re going on a longer trip, you may want to reach out to people before you start your drive. You can inform them that you’ll be on the road and will not be available for the next few hours. Then, you can safely start your journey without thinking about who is trying to reach you and responding to them immediately.

A distracted driver can cause a lot of harm to innocent people. If you’ve been in a car accident, you don’t have to deal with all the costs of the accident on your own. You can get representation that will fight for you. The personal injury attorneys at Mike Breen’s Office are ready to help you get the justice you deserve. Give us a call today to schedule an obligation-free consultation. 270-355-726